Skip to main content
To Top
Recommended PAW atomic datasets
On this page you can find files containing PAW atomic datasets for ABINIT and tools to produce your own.
Although the PAW atomic datasets present on this page have been carefully tested, they are provided without warranty.
Users should test them adequately before using them in their applications.
JTH PAW atomic datasets table
The atomic datasets files are provided in XML format according to PAW-XML specifications, allowing sharing them among multiple codes. ABINIT can read them from version 7.6.
Please consult (and cite) this paper (Computer Physics Communications 185, 1246 (2014)) for full details on the design criteria and testing procedure.
Clicking on a green cell in the periodic table will bring you into a directory corresponding to the selected chemical element.
The size of a dataset file may vary between 500 kB and 1 MB. 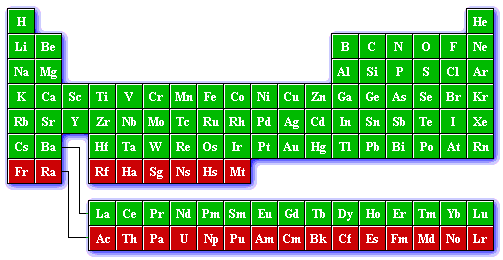 Documents and tools
How to generate PAW atomic datasets for ABINIT
To use ABINIT in specific conditions it is recommended to produce its own atomic data sets.
This is the case, for example, if one wants to make simulations in specific thermodynamic conditions, or use specific exchange-correlation functionals, etc...

AtomPAW is a PAW atomic data generator whose main authors are N. Holzwarth, M. Torrent and F. Jollet.
Since ABINIT v6.8, it is integrated in ABINIT package as a plugin.

Follow the guidelines. to generate your own atomic datasets with ATOMPAW.

USPP is an ultra-soft pseudopotentials generator written by D. Vanderbilt.
It has been patched by M. Torrent and F. Jollet in order to make it produce PAW atomic datasets, either in XML format or in ABINIT proprietary format.

Follow the guidelines to generate your own atomic datasets with USPP.